It was a week before Christmas. I was checking in for a flight together with my dad at San Francisco International Airport. We were on our way to Germany, where my dad has worked for over 30 years.

We both have been looking forward to this trip for months. My sister and I used to travel with him all the time together but as we’re getting older and married now, it’s less. 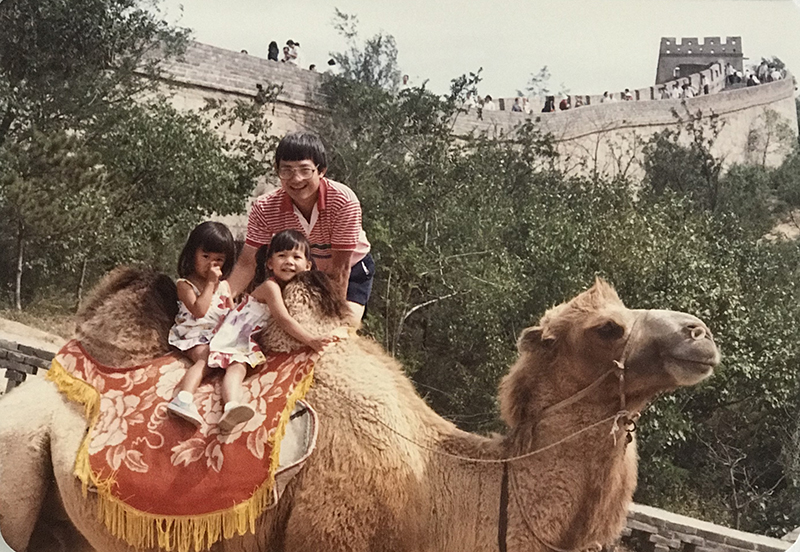 When we got to the United ticket counter, the airline clerk looked at my passport and told me I’m not eligible to fly.

My heart sank. I asked why.

He said because my passport expires within 3 months.

I’ve heard of countries having general rules around having a minimum amount of months left on your passport, and it was my fault for not checking ahead of time. The angry part of me thought: What is the point of having an expiration date then? I refrained from arguing.

I asked if there was ANY way he could still let me on the flight. Even with me showing my return flight to the states, he said no. The airlines can get fined if they let you on in cases like this, apparently. 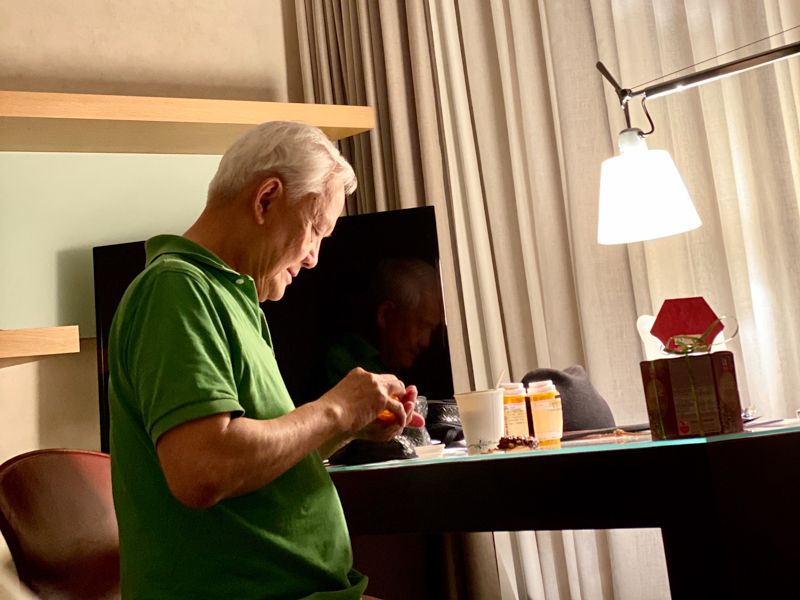 My dad had a heart attack a few years ago and has acute heart failure. He takes daily medication to keep his heart pumping at a steady rate and shouldn’t be traveling alone. I felt horrible that I couldn’t get on the plane with him.

I wanted to cry. My dad looked at me. I said I’m sorry, but he never judges. He said, “It’s ok, do your best to get a new passport and if you make it to Germany, I’ll see you there.”

As I walked out of the airport I looked back at my dad who was getting into the security line alone. I wanted to cry again.

I went to the passport agency as soon as possible to try and get my passport renewed in order to hop on the next flight so I could be with my dad in Germany.

He’s always shown up for me. I didn’t want to let him down.

The passport agency told me they couldn’t see me until the next day. I woke up at 6am to be the first in line. If you’ve never been to a passport agency before, it’s basically like the DMV.

I did my best to prepare all paperwork ahead of time so the process would be smooth. I even got a note from my dad’s doctor because for emergencies they said it’s best to have a note.

The first lady I saw looked at my 2×2 photo and said she couldn’t accept it because there was a yellow tint. WTF? I got them professionally taken at FedEx and I’m a photographer! From a color correction scale, the background was WHITE, and it had a yellow “tint” because MY SKIN IS YELLOW! I thought she would understand because she was Asian too. Nope.

This is the photo she wouldn’t accept. Am I taking crazy pills? 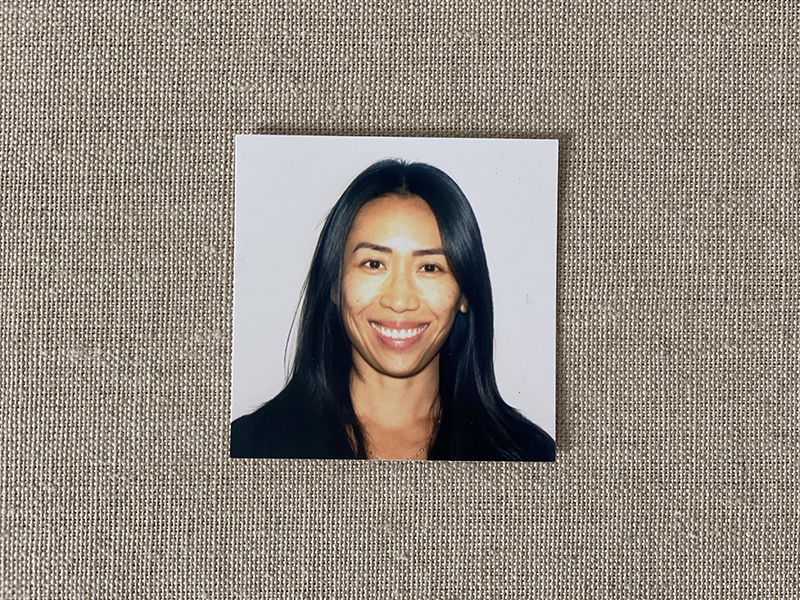 If there is anything I’ve learned in life, it’s that you can’t argue with someone who doesn’t “get it.” She absolutely would not accept the photo and sent me outside the building to retake them.

When I got back, I gave her my new crappy photos that were underexposed and tinted SO blue that the background was grey (apparently that’s what she wanted) along with all the documents I had carefully prepared, including the doctor’s note. She said, “Sorry, in order to expedite your passport I need a manager to approve this, and I don’t know where the managers are.”

“You don’t know where they are?”

“Yeah, I don’t know where they are. Have a seat and I’ll let you know if I find one.”

She didn’t even get out of her chair to look. She was so bored and checked-out from doing her job that she wasn’t listening to me or doing anything to try and help. It made me feel like a piece of shit.

I waited for a while and went back up to the window. After pushing her, she was able to find a manager. She told me they might be able to get it to me by noon but cannot guarantee anything. My flight was at 1:30.

Employees, companies, and the governments have procedure – I am a business owner so I understand this. Structure is part of the reason why something or someone can scale and become successful.

The other component to being truly successful? COMPASSION and how you make others feel.

I went to see a lady at a different window to see if there was any way they could guarantee my passport ready by noon.

“Please,” I said. “My dad shouldn’t be traveling alone.”

This woman was also bored and checked-out. She slowly punched a few keys into the computer and said, “It’s not ready. We cannot guarantee anything.”

Again, she made zero effort to see where my passport was in the renewal process. She said she “thinks it’s still with the cashier,” who I paid an hour ago.

I felt hopeless, and this is when I actually started to cry.

I sat down in one of the hard orange chairs and watched as other people went up to the windows for their turn. Some people turned around with a huge smile on their face as their passports were handed to them.

That’s when I noticed him.

His name-plaque said Brannon. Out of all the clerks there, Brannon had kind eyes and truly looked at people when he spoke to them. I had a good feeling about him.

I got in his line to speak to him. When it was my turn, the first thing I said was “I apologize for trying to pick my passport up sooner than noon…” and he instantly said in a gentle tone, “That’s ok. How can I help you?.”

I explained to him what happened and what time my flight was. He immediately said, “Give me a few minutes,” as he went to the back with a purposeful stride in his step.

Within MINUTES, he handed me my passport and empathetically said, “I’m really sorry to hear about your father.”

In my vulnerable state, I was so thankful to him for having compassion and for making a genuine effort to help me when no one else would.

I happily ran out of the building with my new crappy photo passport and rushed straight to the airport driving our company pickup truck. I didn’t even have time to park it and make the flight so I asked my sister if she could meet me curbside at SFO to take the car so I could run in to get through security.

Luckily she was available, and I’m lucky to have a family who shows up.

After an 11 hour flight, 2 hour train ride, and a short taxi ride, I arrived at the hotel in Karlsruhe, Germany. I heard my dad behind me as my taxi pulled up. “Christine! You made it!.” 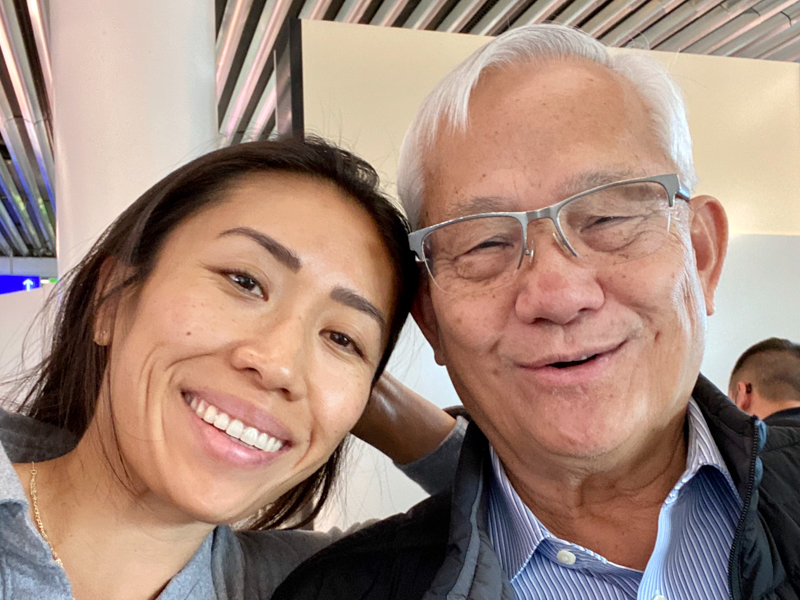 That evening we went to a Christmas Market in Durlach and then had one of the best dinners I’ve ever had at a restaurant called Durlach Ochsen. 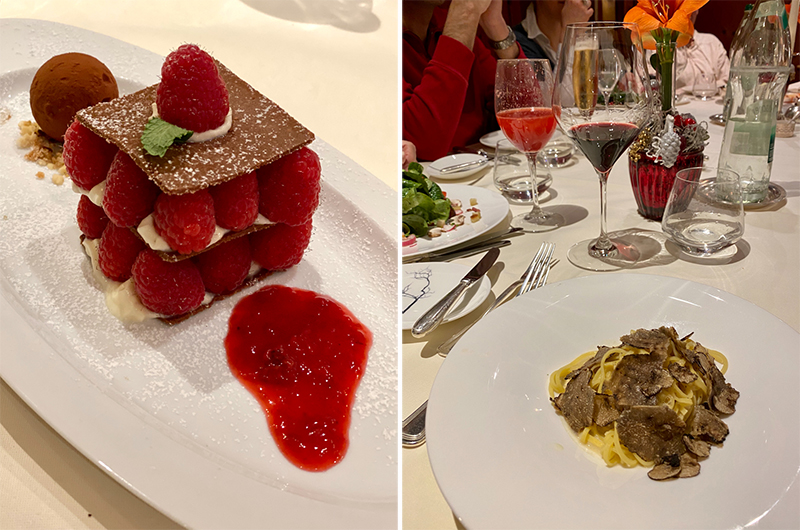 Getting to spend one night in Germany with my dad meant the world to me and I would do it over and over again.

Having someone with compassion who helped me make that happen, I am eternally grateful for.

It’s a reminder to me to have more compassion for others. A lot of times, especially with work, we can be on auto-pilot and lose sight of what is truly important.

Brannon at the SF Passport Agency is winning in life. He’s not checked-out at his job and he is intelligent to know what truly matters in this limited time we have on earth.

People will always remember how you made them feel. 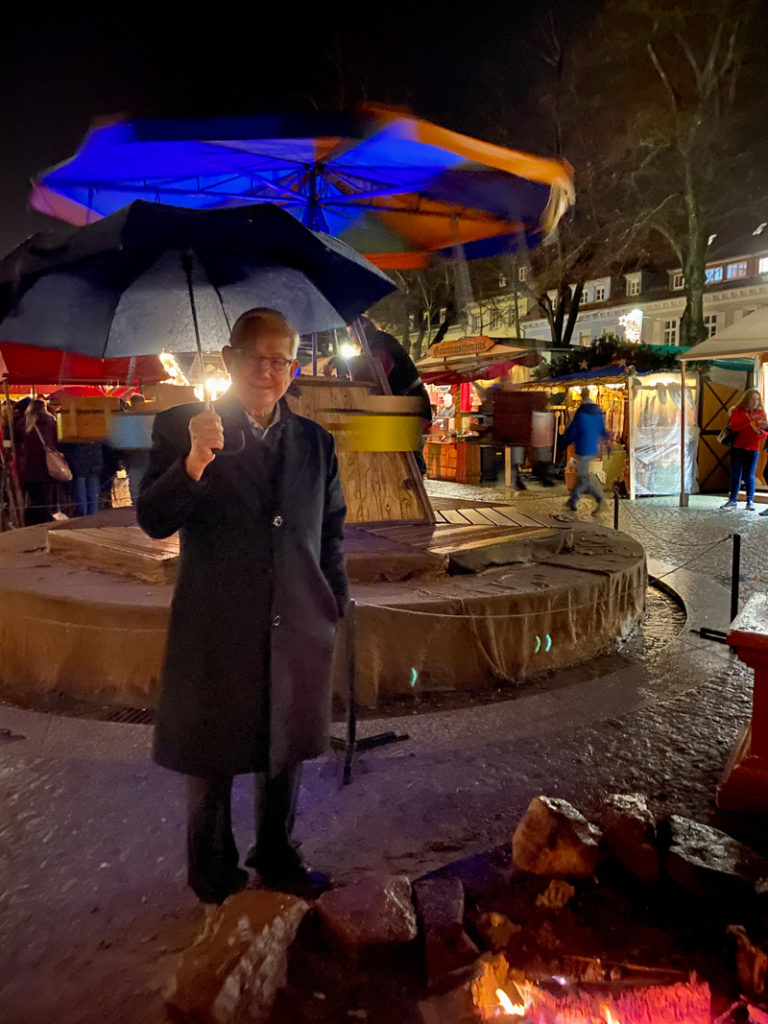 3 thoughts on “When They Wouldn’t Let Me On The Plane To See My Dad: Compassion Is What Truly Matters In Life”