This blog post is an excerpt from my book Show Up: Finding Love for Independent Women. Now available on Amazon!

Being cheated on took a LONG time for me to emotionally recover from. It sparked the greatest personal growth journey of my life so far.

This story is about an ex years ago. Names changed (though my friends will know who I’m talking about).

Owen was from Chicago. I met him during a trip to Mexico. He was aggressive in pursuing me and I fell for him.

A few months into our relationship, I met one of his ex girlfriends – Kelly. Kelly was awesome and hugged me like a bestie. She had a sparkle in her eye and I was comfortable with her. I loved that my boyfriend could remain on good terms with his ex (as I am with most of mine). She was a confident and warm woman. I could tell their relationship had closure.

What I learned: Never question your intuition.

I went to Africa for 2 weeks on a volunteer trip. He picked me up from the airport and something felt off. I had a dream while in Africa that he cheated on me, and wondered if it was me making things up or if I indeed have a strong intuition.

I had never done this before and wanted to keep respect for my partner but something wasn’t sitting right. He went upstairs to use the bathroom. I saw his cell phone on the coffee table and picked it up.

There was EVERYTHING for me in one short scroll of a conversation text with her. I put the phone down as he came down the stairs.

Me: “When you were in Chicago, you said you were family the whole time and didn’t see any friends.”

Me: “You didn’t see any of your old friends?”

Owen: “Well I saw Megan, but only because I had to get some of my old stuff back.”

Owen: “I didn’t think it was notable.”

I look down at his watch.

Me: “Where’d you get that watch from?”

(In the texts he had said to her, “Thank you so much for the watch.”)

I’m sitting there now livid, perplexed at how he was ok with straight up lying to my face.

Me: “… Ok. Have you ever done anything with Megan that would be considered inappropriate since we’ve been together?.”

Owen: Hugs me (no hesitation whatsoever), “Oh my god baaabe, noooo. I would NEVER do that.”

I pulled back and stared at him. It was a raised eyebrow look-of-death stare that communicated, “You lying piece of shit.”

His body language cowered ever so slightly.

I paused for a few seconds thinking about how to go about this. I decided to be calm and logical about it.

Me: “Ok. I have to apologize for doing this but while you were upstairs I looked through your phone. I did it because I haven’t had a good feeling about you and Megan for the last month. So I’m going to ask you again. Have you done anything inappropriate with her since we’ve been together?.”

He looked at the ground. I felt like a mom scolding her kid and I won’t lie, a sick part of me found great pleasure in catching him.

He didn’t say anything for a long time. I watched him as he stared at the floor. 5 minutes of complete silence went by. Then he said, “I don’t know what to say. I feel really stupid right now.”

BOOYAH. Yeah you do.

Long story short, he moved his things out.

I had already been doing a lot of personal growth before I met him, so I went into the mindset that it’s not personal and had nothing to do with me. “Forgive and it will be easier for you,” I told myself.

What I failed to do, however, was let myself feel what I wanted to feel. All my friends wondered why I wasn’t mad and how I could be civil with him when our paths crossed. Then it hit me no kidding, almost a year later.

What kind of person has such lack of integrity and is such a coward that he can’t tell the truth to someone’s face?

At the time there was a silly App that was popular. It allowed you to anonymously “rate” ex boyfriends. Completely ridiculous (and hilarious). The App was connected to Facebook. I got on it and said to my friends, “He’s not showing up on my phone.” My friend pulled hers up. “I can see him on mine. He must have blocked you.”

I told her to give me her phone. I saw he had some other questionable reviews from other women.

There went my rampage. I honestly can’t remember exactly what I wrote, but hitting that “post” button was more satisfying than popping a gigantic blackhead.

By the way, I am extremely fair when I write reviews and letters of recommendations. I only tell the truth.

I wrote it like I was rating an employee. Lol. 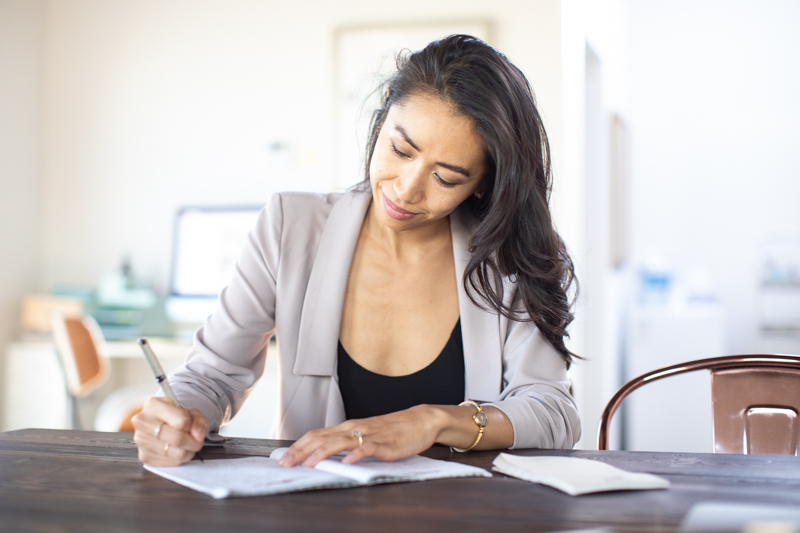 Was that the best thing I could have done? Probably not. But I also don’t regret it. As far as I’m aware the App isn’t around anymore. You live and you learn, and karma takes care of itself.

I am thankful for the experience.

Being cheated on had nothing personal to do with me or with him. It helped open a big wound for me. The emotions surrounding betrayal were dormant in me long before I met him and needed to come out eventually. This experience cracked me open and sparked a healing process so that I could show up how I needed to for my future partner. I’m a much more confident and better person because of it. And, I learned to create the relationship of my dreams!

What I also learned: Self love, feel what you need to feel, and trust your goddamn gut.