I just came back from a sushi dinner. I’ll be honest, I was grumpy today. Feeling under the weather.

When I walked in, the waitress (a twenty something girl) said enthusiastically in a Disney princess-like voice, “HIIIIIYEE! Just one? Right over here!.”

She loved her job, life, and you could see it in her interaction with everyone. I couldn’t help but smile.

Something similar happened to me in New Zealand. I had lunch with my buddy Felix the other day and unlike most people, he always asks me the most simple best questions.  While most people ask, “How was your trip? How was the weather? What did you do?,” Felix will ask something like, “What was the most profound moment of your trip?.”

I thought for a bit and then said I think it’s when we first arrived in Rarotonga and went straight to the beach. By the end of our conversation, I realized that was not the most profound moment. It was actually not somewhere beautiful and serene with turquoise water – it was at the Auckland airport on my way back to LAX. 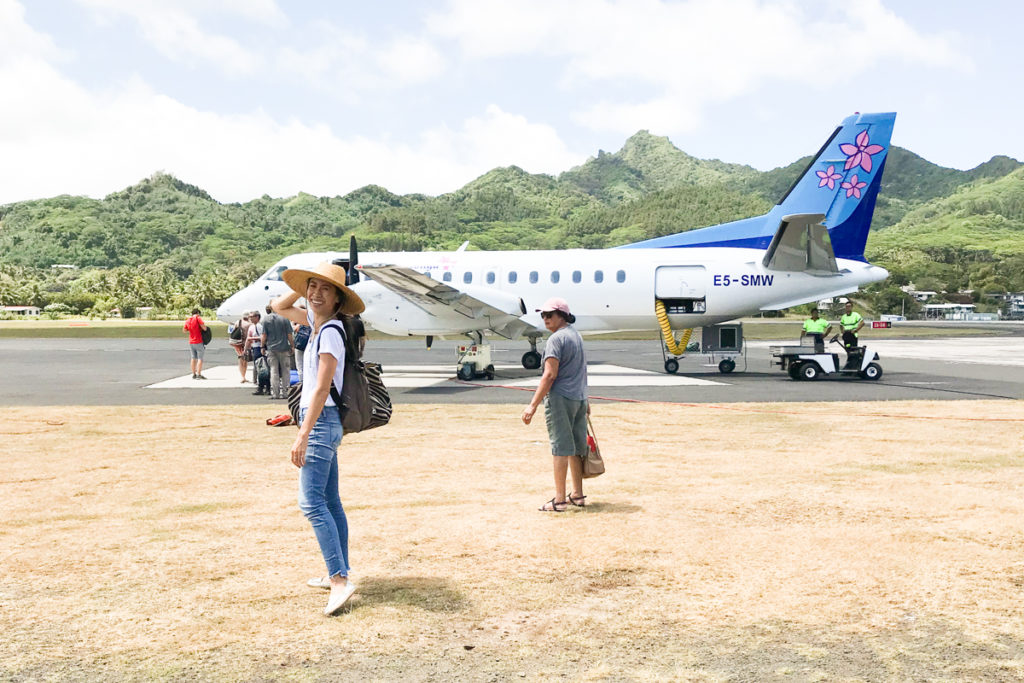 I had New Zealand dollars left to spend so I walked around the airport looking for stuff to buy. There was a gelato stand.  Ding ding ding! I already knew what I was gonna get – one scoop of coffee in a cone. The girl who worked there was around my age and judging from her accent, from Eastern Europe. She, like the sushi waitress, had the biggest smile on her face, present and engaged while she talked. The first thing she said was, “I like your hat! Where are you coming from? Or where are you going?.”  I told her about my trip and that I was heading back home to LA.

Her: “I love working here and talking to people who are traveling to difference places. It really inspires me.”
Me: “Have you ever been to the states?”
Her: “No, I haven’t traveled much but really want to. I especially want to see Las Vegas. I am saving up. So you are going back home?”
Me: “Yes, I have some NZ dollars left so I’m trying to spend it.”
Her: “Oh that’s easy. There are a lot of shops here. Just look around.”

I told her thanks and walked away eating my delicious, coffee gelato. At a Newsstand I was pretty set on buying a magazine, but couldn’t stop thinking about the girl at the gelato stand. I went back, put the cash I had left in her tip jar, and told her it was for her Vegas fund. She looked at me for a few seconds, told me I was very sweet, and we connected again. I walked away, turned around one last time to say bye, and she was still smiling at me.

It was like a romantic movie scene except a.) I’m not lesbian and b.) It wasn’t. This was real life and I will forever remember it.

It’s a good reminder to think about the impact you have on other people. Stranger or a loved one – a simple smile, question, or gesture can totally make someone’s day. That girl totally inspired me.

Also, when you talk to someone, are you really present and engaging with them?  I am often guilty of not being fully there.  It’s a huge difference and I didn’t “get it” until this last year. For example, I always tell my pops I love him at the end of a conversation but recently, after I hugged him bye I looked at him and said, “I love you.” I can’t explain exactly what was different about it versus the other times I’ve said it to him but it was different, and he picked up on it. He paused, looked at me, and said thanks.